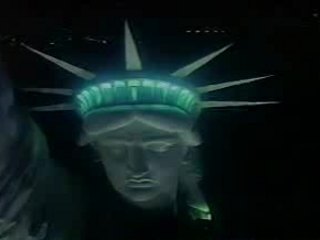 How NOT Knowing How David Copperfield Made The Statue Of Liberty Disappear Can Benefit You!

(NOTE: This was my very first article – originally published May 2000)

It’s a question I am always asked once people find out about my magical background. “I saw this magician once do this trick, do you know how it’s done?”

I usually respond, “If I tell you how its done do you promise, REALLY PROMISE not to tell anyone?” “Yes, YES”, they answer. “Well… I promised the same thing.” I politely reply.

There is nothing wrong with people wanting to know how illusions are done, unless of course you are the Masked Magician! In fact I rather enjoy being asked those questions. Questions like these show that something “really made enough of an impact” for someone to remember the trick, in most cases long after the event.

And I am always fascinated regarding “what tricks” they ask about. It really is free market research! It’s a chance to find out what stands out in a person’s mind about a performer or presentation.

But without a doubt the one question I have been asked more than any other over my twenty years experience is “How did David Copperfield make the Statue Of Liberty disappear? Did it really happen? Was it trick photography? Do they make mirrors that big?”

Yes David Copperfield did indeed make the Statue Of Liberty disappear and it was done without trick photography. David is probably one of the greatest performers and illusionists of the 20th Century and a genius. He made the magic happen and always “thinks outside the box!” The mirror idea… I don’t think so.

The real secret here, and how it can directly affect your business, is the questions that are asked.

I said that I don’t know how David Copperfield made the Statue Of Liberty disappear and it’s true! I don’t know because I wasn’t there. I did not see first hand what happened, I only saw it one TV like millions of other did.

Now, do I have ways of achieving that same effect and have it look the same? Yes! Is there a chance they could be the same method? Possibly, but that is not the important issue here. The real trick is HOW TO LOOK at achieving the result!

Magicians never ask, “How is it done?” That’s too limiting a question. The question they ask is “here is the effect I want to create – the result I want to achieve. How can I make it happen?” Do you see the difference? It really is a subtle change but a very powerful one. It truly becomes a paradigm shift.

The question now does not limit us as to the methods for achieving our results. We now no longer have to think under the restrictions imposed by a set of rules or limitations that we have no control over. We get to truly think and play “outside the box”, just like David did!

Do you really want to make the Statue Of Liberty disappear? The process is very simple. Not easy, but simple…

1) get very clear on the result you want to happen,
2) take into account all the limitations and restrictions you have to perform under – every possible obstacle, every angle, every factor, and then
3) dream – imagine – come up with every possible method to achieve what you want to accomplish regardless of how ridicules or far fetched it may initially appear. This is your opportunity to get rid of “but its never been done this way before”, and other limiting clichés,
4) work it out – find out what works – what doesn’t – plan & dream even more, and finally and MOST IMPORTANTLY,
5) do not give up until you have achieved your desired result!

This is the real secret for making the Statue Of Liberty disappear!

Does this work? Ask David Copperfield!

As in all things in magic, in business and in the real world, “knowing how something is done is easy – making it happen is the challenge! Believe in making the impossible possible and the power of you own inner magic!”

Remember Real Magic can happen only when people believe in themselves and are passionate about making a difference in their own life and the lives of others! Have focus! Be passionate about what you do! Create your own real magic!!!